The only thing better than Funfetti cake…

… is the fact that it takes 40 minutes start-to-finish to make a Funfetti cake from the box. 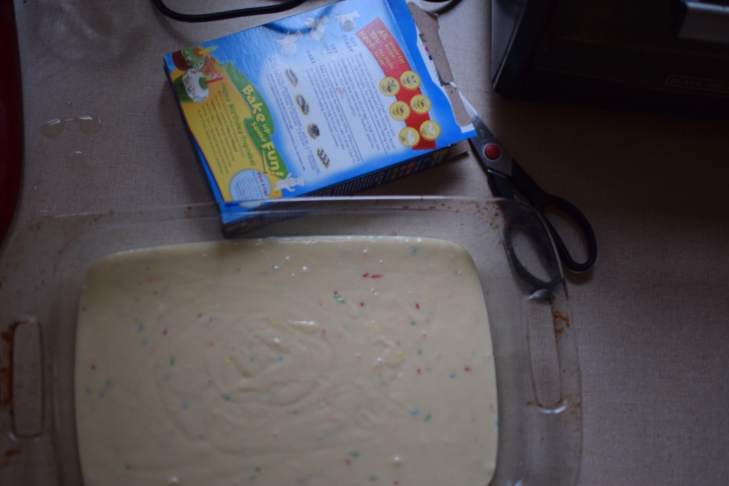 And it is sooooo delicious. I totally love the artificial Funfetti flavor. And apparently, so does everyone else.

Plus, not all cakes are meant to be homemade Martha-Stewart blood-sweat-and-tears creations. 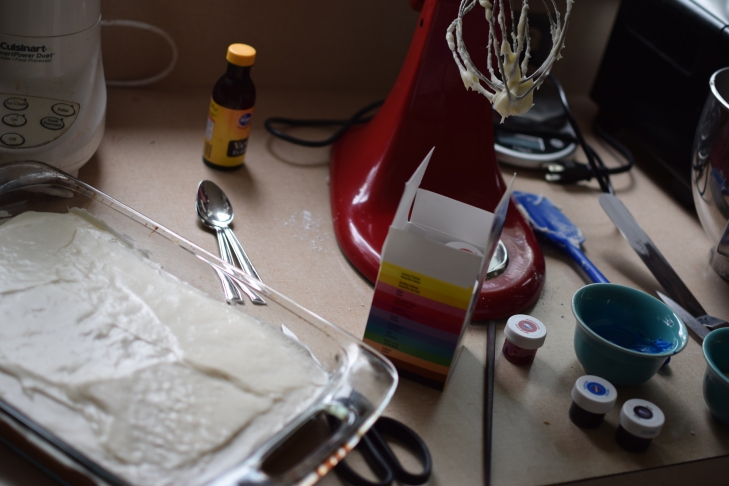 And sometimes I just want to get straight to the decorating part, you know? 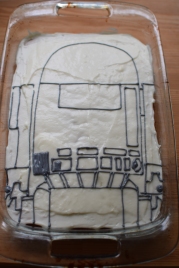 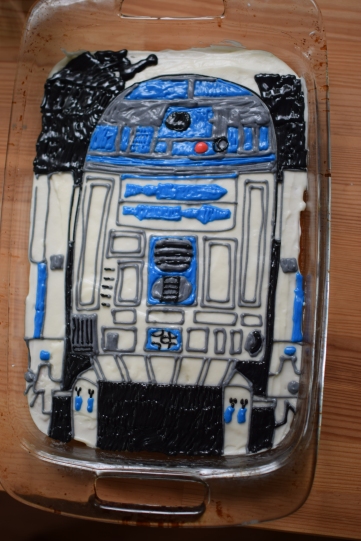 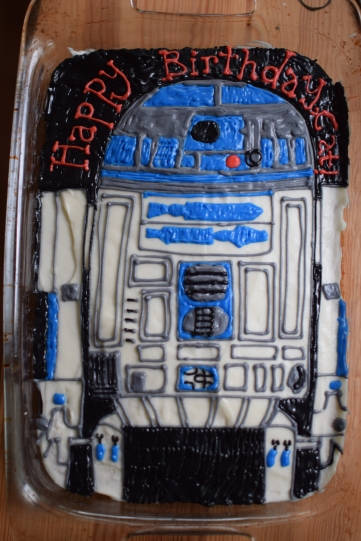 Speaking of decorating, have you figured out what you are going to be for Halloween yet?

I haven’t yet. I’ve been wanting to go as Guy Fieri, but the hat I want from Amazon says that it will come in mid-November if I order now. So I need to figure out a Plan B. Maybe go as a One-Way Ticket to Flavortown?

Anyway, I’ve been pretty preoccupied with other obligatory fall festivities. Like going to the pumpkin patch.

My mom was in town visiting last weekend, so we took Ansel to a local farm to buy pumpkins. I mean, let’s be real, we were really there to take pictures of him in his “Boo!” sweatsuit with pumpkins and farm equipment.

Here he is casting spells!

I catch myself in moments like these wondering why I’m now doing things like standing in the middle of a pumpkin farm, taking hundreds of pictures of this baby.

But look at this chubby little face. 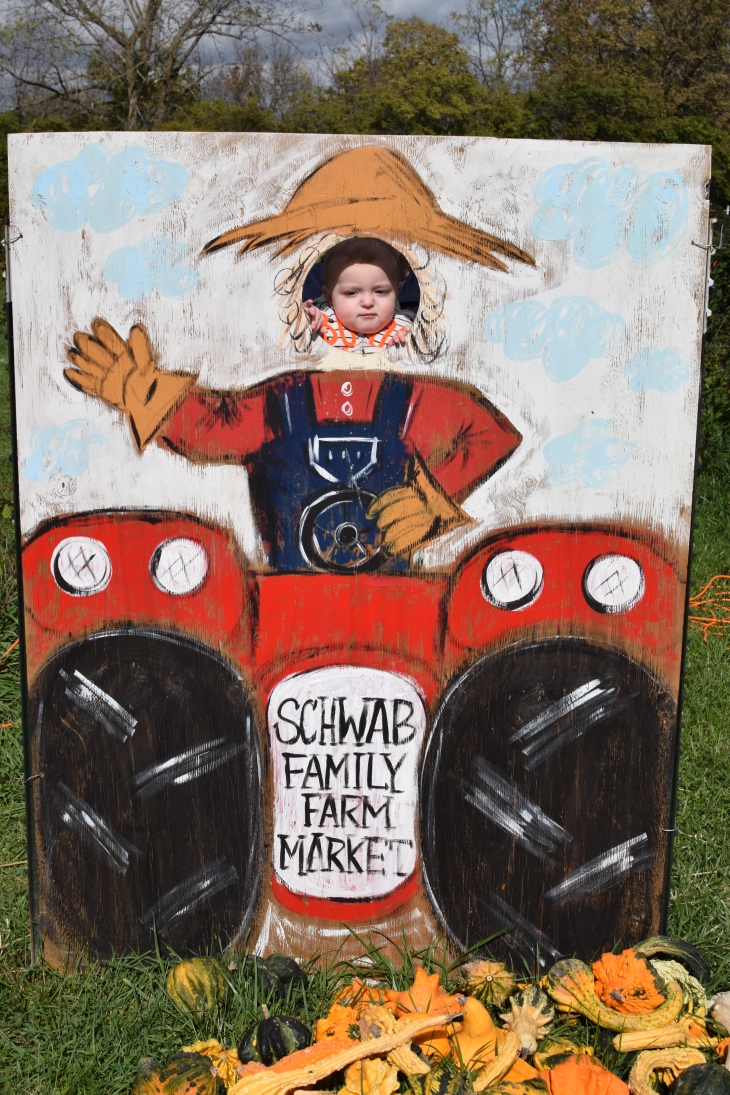 I just can’t help it.

So, I’ve also been busy perfecting the best fall scone recipe ever. 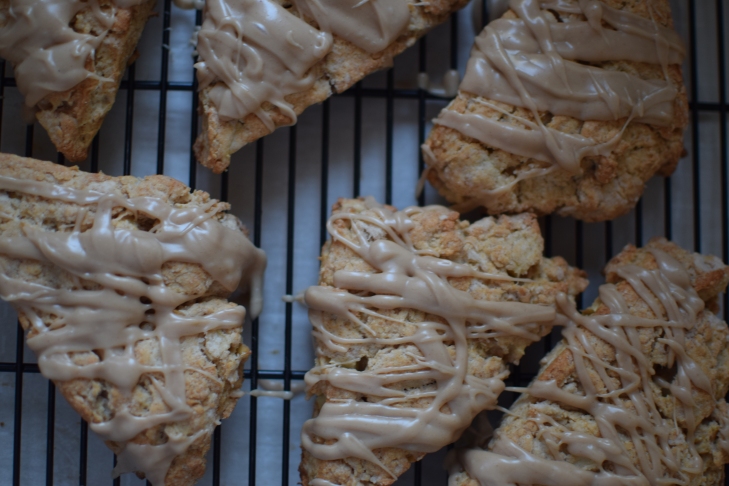 I love scones. I started baking scones when I worked at the student-run coffee shop, The Bistro, during my years at Willamette (damn it) University. Truth be told I was a terrible employee and, at one point, made the worst scones ever in what is my most embarrassing baking story. (Even worse than the wedding cake debacle). It’s so bad I don’t think I can share it publicly (amirite, KirGu?).

I’ve really grown a strong obsession with scones. I love to bake them. I love to eat them. I love their tender biscuit-cake crumb. I love slathering butter on them while they are still hot.

Scones may actually be my favorite baked good. Probably because you can eat them for breakfast in public and without shame.

There have been a couple of recipes I have obsessed over and perfected in the past ten years: Thai peanut sauce, hummus, chicken tikka masala. But it took a long time to figure out my favorite scone recipe.

I’ve tried out tons of scone recipes (from Martha, Cooks Illustrated, Bon Appetit), but the best one is straight up from Alton Brown. They have two tablespoons of shortening, so you’ll have to cozy up to that idea.

For my fall scones, I wanted to adapt Alton’s recipe by adding apples and cinnamon to the scone batter and smother the goodies with a brown butter-maple frosting. I am clearly a genius.

To make my fall scones, make the Alton Brown recipe exactly as explained, except add in 1 tsp of cinnamon with the dry ingredients at the beginning and fold in 1 chopped apple instead of the dried fruit. (Note: there is no need to “roll” out the dough and cut it with a biscuit cutter as he suggests. You can form a circle with your dough and cut it into 8 pieces, like you would a pizza. This is much easier and reduces the amount of handling the dough – which reduces the risk of over-mixing – a big scone no-no).

Then for the frosting, brown two tablespoons of butter, mix with 1 cup of powdered sugar, 1/2 tsp maple flavoring, and 1 to 3 tbsp whole milk (adding a little bit at a time until you get the consistency you want). Drizzle over the hot apple scones and eat at least two of them with strong coffee. The. Best.